How would you describe your style of writing to someone that has never read your work?

I never thought about my writing as having a particular style, but of course, every author does. If I had to describe my style of writing, I’d say there’s a melodic cadence to my writing. When I listen to my books, I can hear it, feel it. For example, I have an odd writing fascination with the number three. I have no idea where it came from, but three feels right when I’m describing or explaining something. I don’t do it all the time, but I do it enough that I now consider it a subconscious/conscious trend. Let me give you, what else, three examples from Of Fear and Faith.

Assefa only smiled, knowing from Mike’s entrance he hadn’t had his cup of leftover station coffee—gritty, bland, and hard to swallow. (pg. 12)

As you can see, I didn’t have to search too far into my novel to find examples.

I was once asked if I had a “crazy writing quirk.” My response to that question also applies to my general writing style for paranormal and fantasy romance novels. I’ll share my response with you. I tend to write my action sequences like comic book scenes. Well, not exactly, but I use a lot of SFX when I write my action sequences. Not POW, like in old Batman and Robin comics, because, well, that’s just a little too corny nowadays. But thud, crack, smack, pop, yeah, you’ll find those sound effects in my stories. What can I say, I enjoy comics so I find nothing wrong with adding a bit of a comic book flavor to my novels. Here are two examples, see, not three, from “Of Fear and Faith.”

The sky over the ancient land of Yoruba darkened as the thunderstorm approached, growing mile by mile, village by village, blanketing the sky in unforgiving clouds of anger and loneliness.

Thunder raged behind the clouds, its agonized roar sending animals and humans fleeing for safety.

Sàngó, the god of fire, lightning and thunder appeared in the sky. Bolts of burning, ragged heat surrounded him, setting him apart from the blackness of the caustic sky (Prologue).

Sanura raised both arms, lifted them skyward and commanded in a booming, dictatorial voice that sounded nothing like her, “Heed my call. Listen to my demand. Bring my familiar to me.”

Then…rampaging gallops in the sky.

The ground outside the force field quaked.

The adzes stopped their prowling.

The gallops were getting closer, louder.

“Bring the cat of legend to me now!”

Do you take your character prep to heart? Do you nurture the growth of each character all the way though to the page? Do you people watch to help with development? Or do you build upon your character during story creation?

I build upon my characters during the story creation. I should probably sketch out every little detail about each character before writing. I read some authors use that method. And while I’m a pretty organized and detailed person, I have no interest in doing a deep character profile for each character. I will admit, however, having my first full-length series, Death and Destiny trilogy, a character profile cheat sheet would’ve been nice (LOL). I may have to revisit my decision to not use the strategy.

My book has a great ensemble cast, so I work hard to create diverse yet complementary characters. I try not to create “the funny” character or “the jerk” character, for example. What I want are three-dimensional characters, this includes supporting characters. So while I don’t write a complete bio of each character beforehand, I am very deliberate in the crafting of each character and the role(s) they serve in the book. With a trilogy, I’m able to show the growth of my characters as well as their deeper layers, which is quite nice and rewarding.

Have you found yourself bonding with any particular character? If so which one(s)?

It may be cliché to say, but I adore all of my main characters. Thus far, I’ve written several published works, and the heroes and heroines are different yet alike in the most wonderful of ways. However, I’ve fallen most in love with Assefa Berber and Sanura Williams from my Death and Destiny Trilogy. I think, in part, it’s because I’ve spent the most amount of time writing them. My first two works were novellas, and I didn’t give myself enough page time to dig as deeply as I could have if I’d written full-length novels. That’s one of my regrets, as I look back on those sweet but short stories. I could’ve done much more with Serwa and Issa and Alastar and Zora. As a result, I’ve taken a lot more time nurturing Sanura and Assefa, granting them three books, which is a huge step up from two novellas.

Death and Destiny is what you titled this series. Could you give more of an insight as to what brought you to this name in particular? Were there other choices?

I’m all about themes, which becomes quite clear when people read my works. I take titles of my books and series quite seriously. In fact, I start with the title of my book before I begin writing. The title must feel right for the story I have in mind. Since the trilogy is about a doomsday prophecy, Death and Destiny simply made sense. Sanura and Assefa are the destined fire witch and cat of legend. That is their fate, their unfair lot in life, thanks to the gods. And their destiny, unfortunately, includes violence, bloodshed and yes, the death of innocents.

Great question. Originally, I hadn’t planned on writing any other books in the Death and Destiny Universe after the third book. However, as I began to write book two in the trilogy, adding characters and fleshing out others mentioned in Of Fear and Faith, I began to see how I could weave a few of the supporting characters into a new series, making them lead characters. With that decision made, I used book two to put certain subplots in place that will play out in the upcoming series. After reading book two, a couple of the future pairings will be obvious to readers, while others will not. I look forward to telling those characters story. 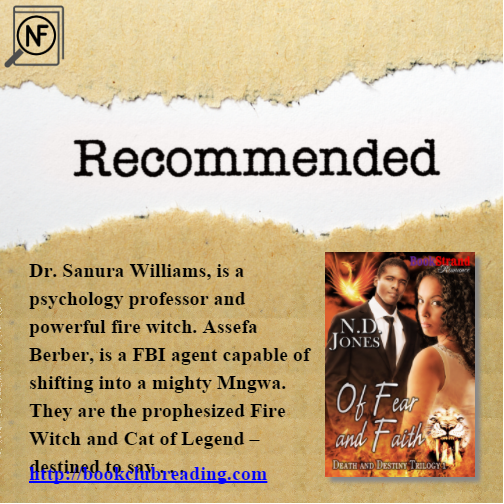 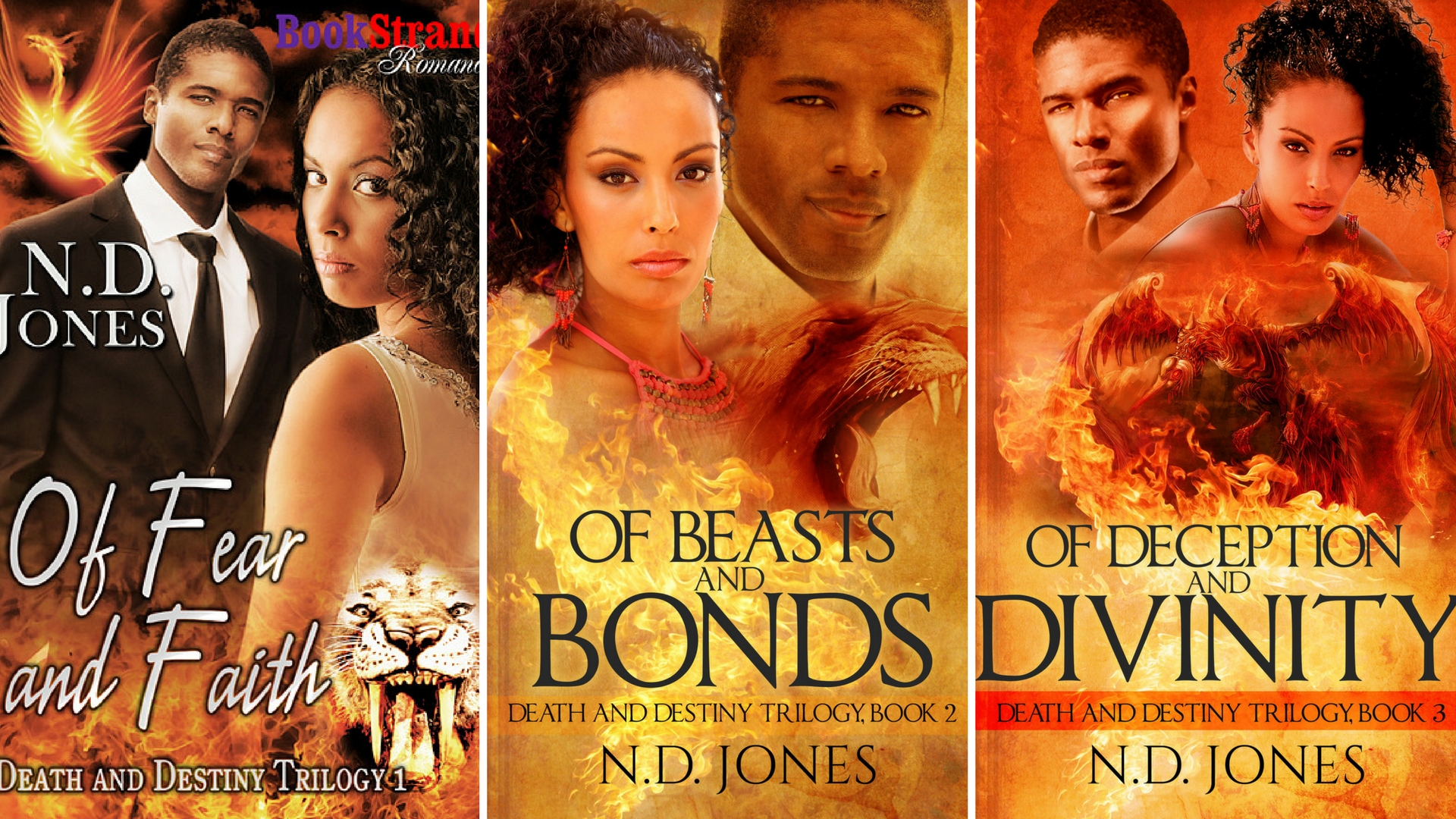