Like many authors, I do a lot of reading and research for my novels. While it’s challenging and fun to write paranormal and fantasy elements into my stories, the foundation of my novels is still grounded in the known and the normal. I often find inspiration from conversations, news events, movies, museum exhibits, and so on. Basically, life inspires creativity if an author is open and aware. For Of Beasts and Bonds, much inspired certain scenes and details in the novel. For this blog post, I’ll discuss one news event that made its way into my novel.

One of my subplots is about a were-cat hyena who, through no fault of his own, has become a killer. I began with the idea of having him prey on citizens who wouldn’t be missed by the larger society. From that idea, I researched homelessness. During my research, I found an article from 2013 published by HuffPost and written by Eleanor Goldberg entitled, “Kansas City Eerie Underground Homeless Camp Cleared by Police.” From the normal of homelessness in the United States, I added a paranormal twist. The were-cat hyena subplot takes place in Kansas City, Missouri. I wanted to stay true to the location and the awful turn of human events that led children and adults to call tunnels and holes home.

The excerpt below was inspired by the aforementioned article.

Jeremy closed grainy, green eyes and curled his five-feet-five and ninety-pound frame in a tight ball. His home for the foreseeable future, a dirt hole, one of a series of tunnels dug into the earth by the forgotten and neglected residents of Kansas City. People with good-paying jobs, three square meals a day, and a warm, safe place to call home would neither understand a place like this nor the utter desperation and soul-rending need that came with forging a shelter from shattered dreams, stolen shovels, and lost hope.

Two years ago, he’d been one of those naïve people. The kind ignorant to the harsh and heartless underbelly of the city. The kind of person who thought the love of mother and father to be unconditional and forever. At sixteen, Jeremy’s world had changed in a violent and pitiful way.

As he scooted as close to the wall of hard dirt as he could wedge himself, away from Ethan and Marcus, twenty-something drug addicts with a mean streak when they didn’t get their fix, Jeremy swallowed rancid fear and burning tears. He prayed the men would find another tunnel to bed down in for the night or simply ignore him.

As much as Jeremy disliked Ethan and Marcus, bullies like the ones he’d known all through school, he figured they had a story as ugly and depressing as his own. None of the more than four dozen homeless people who called this shantytown home would be there if their lives, before falling into this pride-stealing abyss of horrors, was an existence they could or wanted to return to. While all of them had a story, some awful tale of woe, Jeremy, as much as possible, kept his mouth shut, eyes averted, and questions to himself.

That’s how people survived on the streets. Because the daily, bitter grind damn sure couldn’t be called living.

Survival—the best word to describe his zombie-like existence, shuffling from one day and into the next.

Dead but not quite. 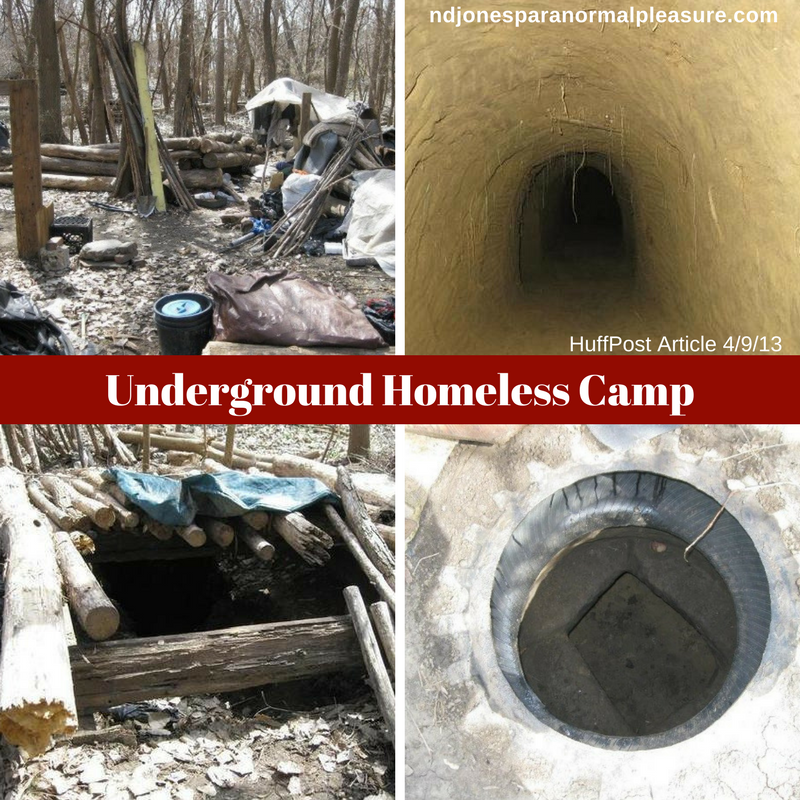