I love all things dragon. N.D. Jones has created a unique world with dragons and what they have to do to survive. Her character development and world building are spot on. From the first page you are drawn into this world and experience it as they do. This story has it all -- romance, Egyptian mythology, action, adventure, betrayal, lies, hope, love, etc." Amazon Review 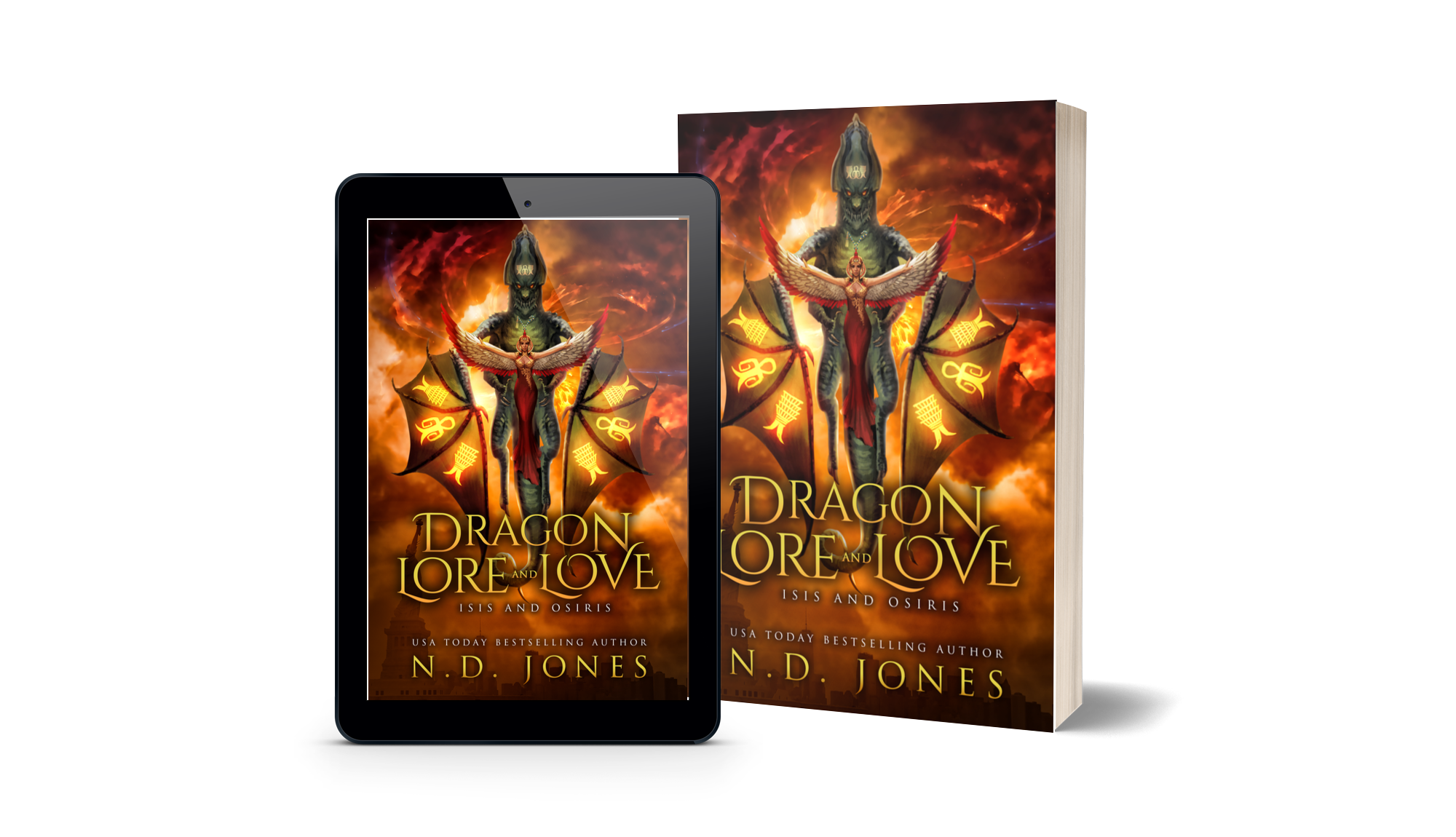 Life, death, and rebirth, Isis’s and Osiris’s future hinges on all three.

A century ago, the Dragon Kingdom of Nebty was lost to darkness. Invaded by demon hordes hellbent on stealing two powerful scepters, the Demon King claimed the preternatural realm as his own. To survive, the dragons fled their beloved home and sought refuge in the human realm.

Having lived most of their lives in human form, Queen Isis and Rock Dragon Osiris, mere children during the Great Exodus, find themselves clinging to their culture and the ties that bind what’s left of Dragonkind. Safe and assured that they are free from the threat of demons, their love flourishes. Yet, on one horrific night, their lives are shattered by tragedy and betrayal. They learn that no realm is beyond the brutal reach of the Demon King.
Scores must be settled.
Love must be remembered.
And a lost nation must be reclaimed.

“You’re such a disappointment, Osiris. I should’ve known you couldn’t be trusted to do what needed doing. Ten years and nothing but a worthless hatchling to show for your time with Isis.”

Osiris lifted into the sky. If he stayed longer, he wouldn’t be able to contain his anger. If it were any other dragon, Osiris would’ve locked his teeth around his neck and squeezed until life drained away. The dragon wasn’t worth it. Jealousy was a terrible thing.

Osiris had a good day. More, he had a beautiful, amazing mate and they were expecting the first of what he hoped to be a mansion full of hatchlings.

He began to fly away but came to a careening stop when the dragon said, “Isis has turned you against us. If she doesn’t know where the scepters are then she’s no use to us at all.”

Osiris turned and rushed the other dragon, his roar and fire exploding from him in a gust of rage. How dare the dragon threaten the mother of his child. How dare—wait. What had the dragon said earlier? On my way out, I saw you leave. I took a chance you’d come here.

The dragon flew through Osiris’s fire, ready to battle, but he was already turning away. He had to get back to the manor, had to make sure the threat wasn’t an idle one. He didn’t think it was, which had Osiris flapping his dark wings hard and fast.

Out of nowhere, a dragon crashed into him, but not the dragon pursuing Osiris. The rock dragon recovered from the shock of the strike but didn’t counterattack. He didn’t have time to waste by getting into an aerial battle with the forty-foot-tall wood dragon.

He took off in the direction of New York.

Another dragon appeared in front of him, its white scales a beam of light in the sky and coming straight for him.